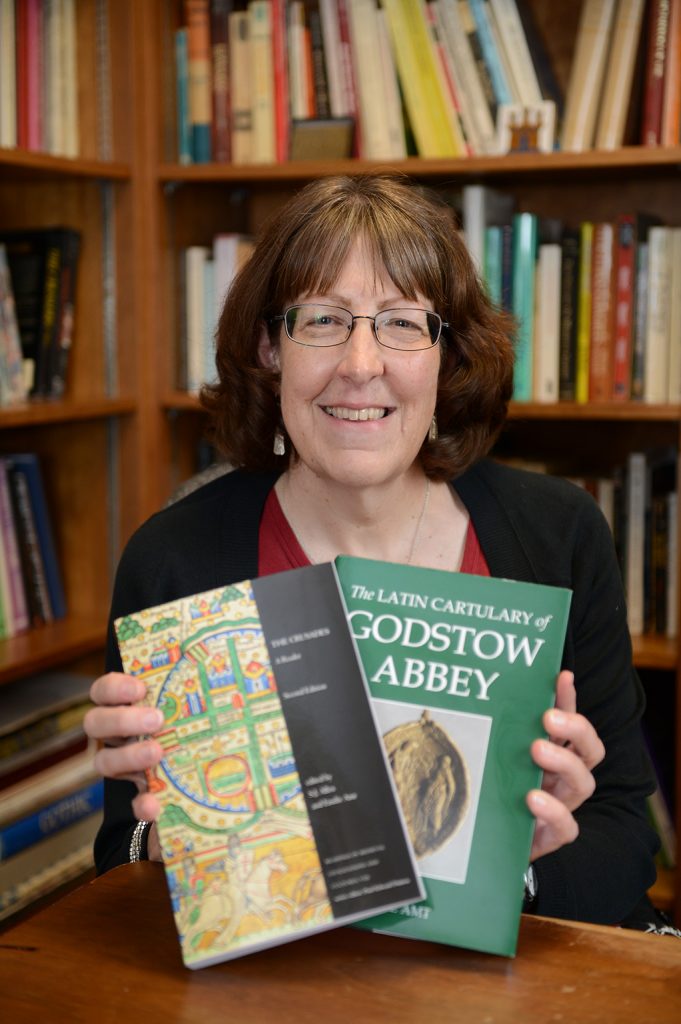 Emilie Amt is an award-winning writer on the African American history of western Maryland. A medieval historian by training, she has also published books and articles on medieval religious women and English government, war, and finance. Her books include college textbooks and scholarly editions of Latin texts.

Since 2010, her historical research has focused on African Americans in western Maryland in the era of slavery. She gives frequent talks, leads workshops, and works with local historical, church, and community groups on public history projects. Emilie also works with groups and individuals to use history and genealogy restoratively. Her research focuses on Washington County, Maryland, where she lives. John Brown launched his raid on Harpers Ferry from Washington County, and the Battle of Antietam was fought there.

Emilie’s next book, about African American experiences of the Battle of Antietam, is scheduled to be published by The History Press in summer 2022. She is also working on a book about the lived experience of enslaved people in Washington County.

A native of Maryland, Emilie is an emeritus professor of history. From 1998 to 2019 she held the Hildegarde Pilgram Chair of History at Hood College in Frederick, Maryland. She earned a B.A. in medieval studies from Swarthmore College and a D.Phil. in modern history from Oxford University.