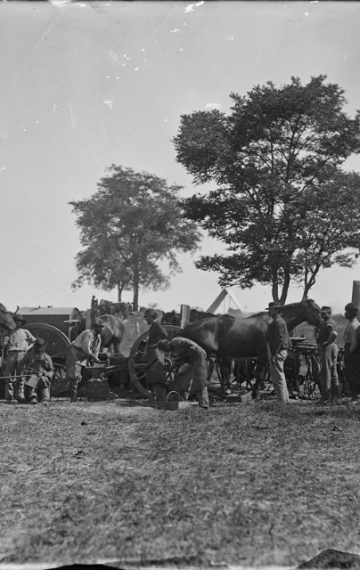 My new book, Black Antietam: African American Experiences of the Civil War in Sharpsburg (working title), is under contract with The History Press for publication in summer 2022.

In Black Antietam, I tell the stories of African Americans who witnessed and took part in the Battle of Antietam in 1862. Nearly 400 free and enslaved people of color lived and worked on the land that became America’s bloodiest battlefield, yet their experiences have never been the focus of any sustained study. This book fills that gap, addressing a general readership but incorporating professional scholarship. Taking an expansive view, the book tells the story of Sharpsburg’s black community throughout the Civil War, with a focus on the pivotal month of September 1862. For the first time in a book, the battle that led to the Emancipation Proclamation is itself viewed from the perspective of the African Americans who were present at it and were most directly affected by it.

Through the lens of African American lives, Black Antietam discusses locally prominent sites such as the Sharpsburg “slave auction block,” the Piper Farm, Bloody Lane, Tolson’s Chapel (now a National Historic Landmark), and many other places. Nationally important people, places, and events connected with the battle and with local phases of the Civil War occur throughout the book, as they intersected with the experiences of local people of color: these include John Brown’s raid; the Battles of South Mountain and Gettysburg; Generals McClellan, Lee, and Jackson; and President Lincoln’s visit to Antietam.

Throughout the book, I emphasize African American sources and viewpoints, letting black voices speak wherever possible. One important chapter focuses on the black men in the two armies that met at Sharpsburg. Here and elsewhere, I’ve uncovered sources that haven’t been used before in writing about the battle, and I think this helps to make Black Antietam an exciting book. In 2021-22, I invite you to read along on this website as I blog about the process of writing the book, and/or to attend one of my public talks about these previously untold stories of the Civil War in Sharpsburg. Upcoming events will always be posted on this website.